Greetings friends, family and loved ones!  As I type this we are at one of our favorite campgrounds, Centennial RV Park which is about 10 miles south of Montrose, Colorado.

Looking south from the coach to the San Juan Mountains

As I look our our large salon window I can see the peaks of the beautiful snow-capped San Juan mountains, always a gorgeous sight to behold.  We will be here for about five more weeks so we will get our fill of Jeeping around the mountains with our club, the Western Slope 4-wheelers.  (There are several wildfires in Colorado but fortunately none near us.)

coming down at the right time to keep the grasses and flowers growing – prayers are answered!  Assuming we continue to regularly get a little rain, our feed bill should be way down this year.  Speaking of feed, we have had a good year (so far) with the blackbuck antelope.  We sold several at auction, and are in the process of having the remaining bucks darted and sold off with the idea of bringing in a new breeder buck for genetic diversity.  We did have a very, very nice buck die for no obvious reason this spring, it was such a sad

This is the beautiful male that died for no obvious reason

event to see one of the nicest males in the herd die – he needed to be on another ranch and we could have used the money to offset prior years’ feed bill.  On a positive note, all of the three or four babies born this year are doing well unlike the last couple of years.

Since we are trying to be good stewards of our ranch, we have been active in an effort to rid the place of prickly pear cactus; after a three year spray program (Surmount) we have the cactus about 98% controlled (compared to it covering maybe 50% of the property at purchase!)  Now it’s time to aggressively tackle our thistle 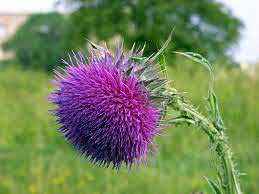 population, we have been actively fighting them for years with some progress but if you leave a few thistles, they will produce thousands and thousands of seeds, so it seems like a losing battle.  After a chat with our animal trapper and lamenting about the thistle problem, he said he has Rhea birds (like an Emu or Ostrich) that eat the thistle heads and eventually the thistles completely disappear since they can’t produce seeds.

Sensing an opportunity for natural control instead of herbicides, we ordered two Rhea birds from the trapper to be delivered as soon as possible so we will be adding more exotic critters to the place.  John wants a couple of donkeys so don’t be surprised if we make that announcement one of these days.

On a very tragic note, we found out that one person of the two man trapper team we use was recently killed apparently in a domestic violence event with his wife just a few days after we received our proceeds from the antelope sale.  The sheriff found the man’s wife with a stab wound in the leg and he was dead of a gunshot wound.  Story goes that there was a long history of marital strife in that family but it’s profoundly sad to see that sort of violent conclusion to a marriage.  (The picture with the two guys and the young male on the ground was not the fellow that was killed.)

After we leave the Montrose area we are headed to Leadville, Colorado for the annual All-4-Fun off-road event and then we haven’t figured out where to go next.  We might wander up to the Yellowstone area, but no definite plans yet.  We’re very blessed to be here and never forget to give thanks 🙂 .